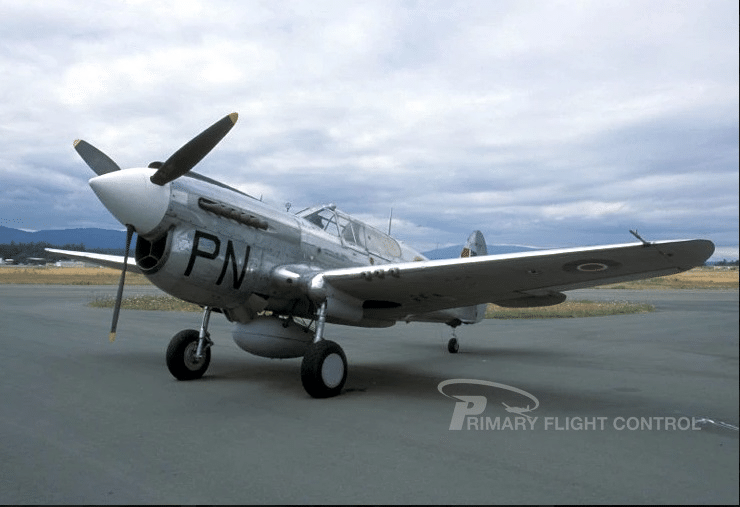 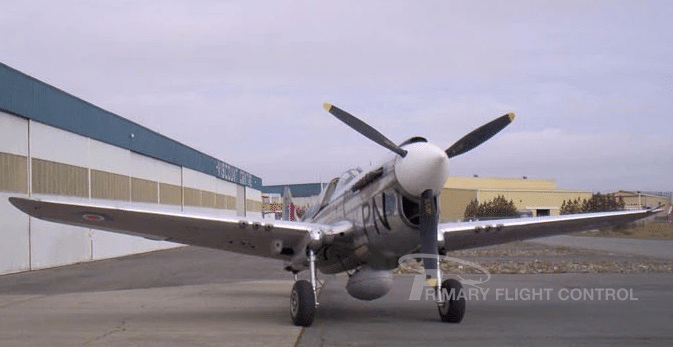 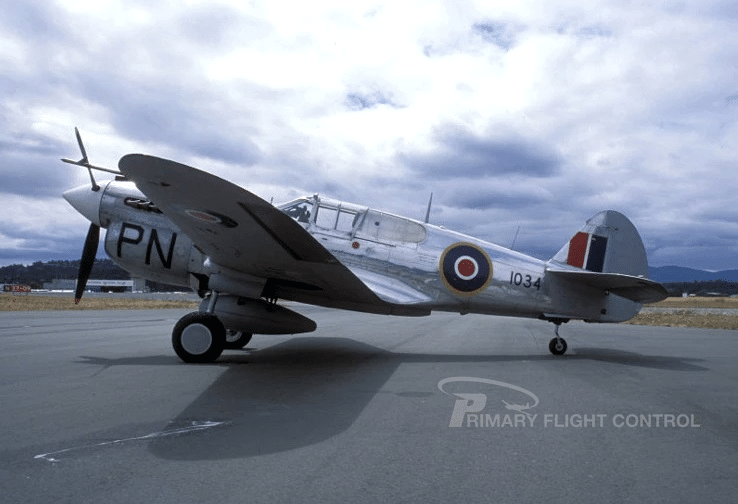 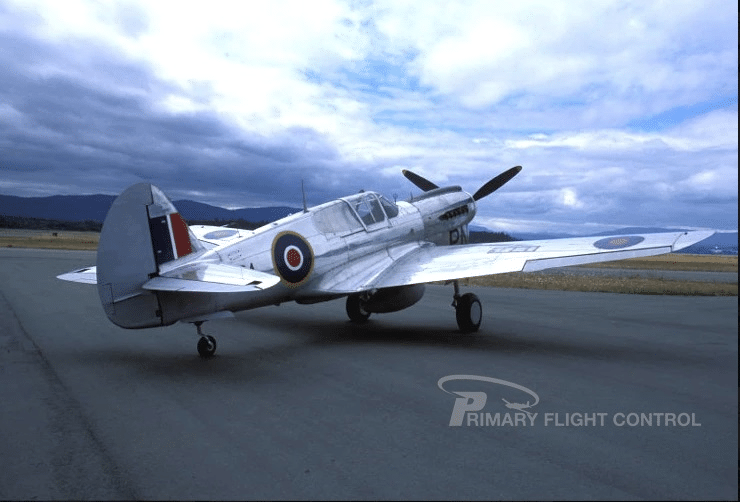 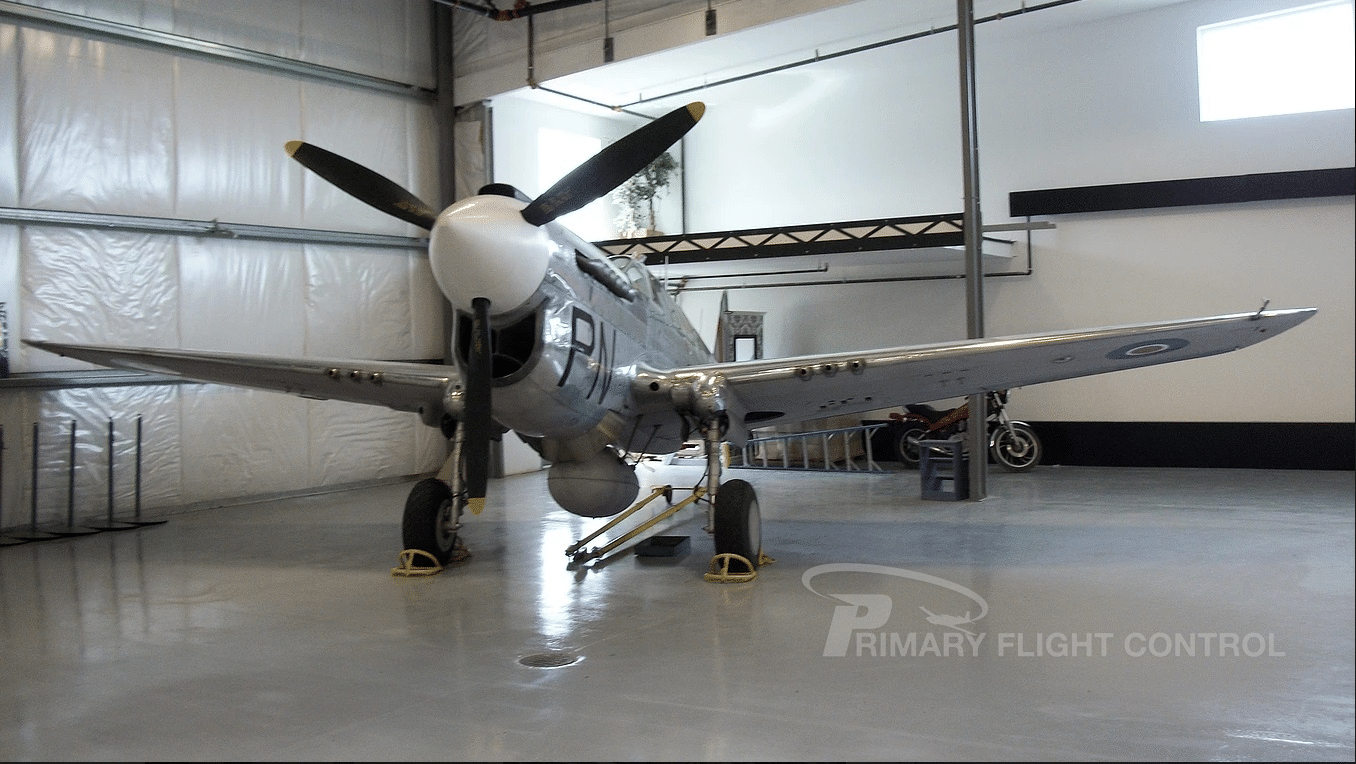 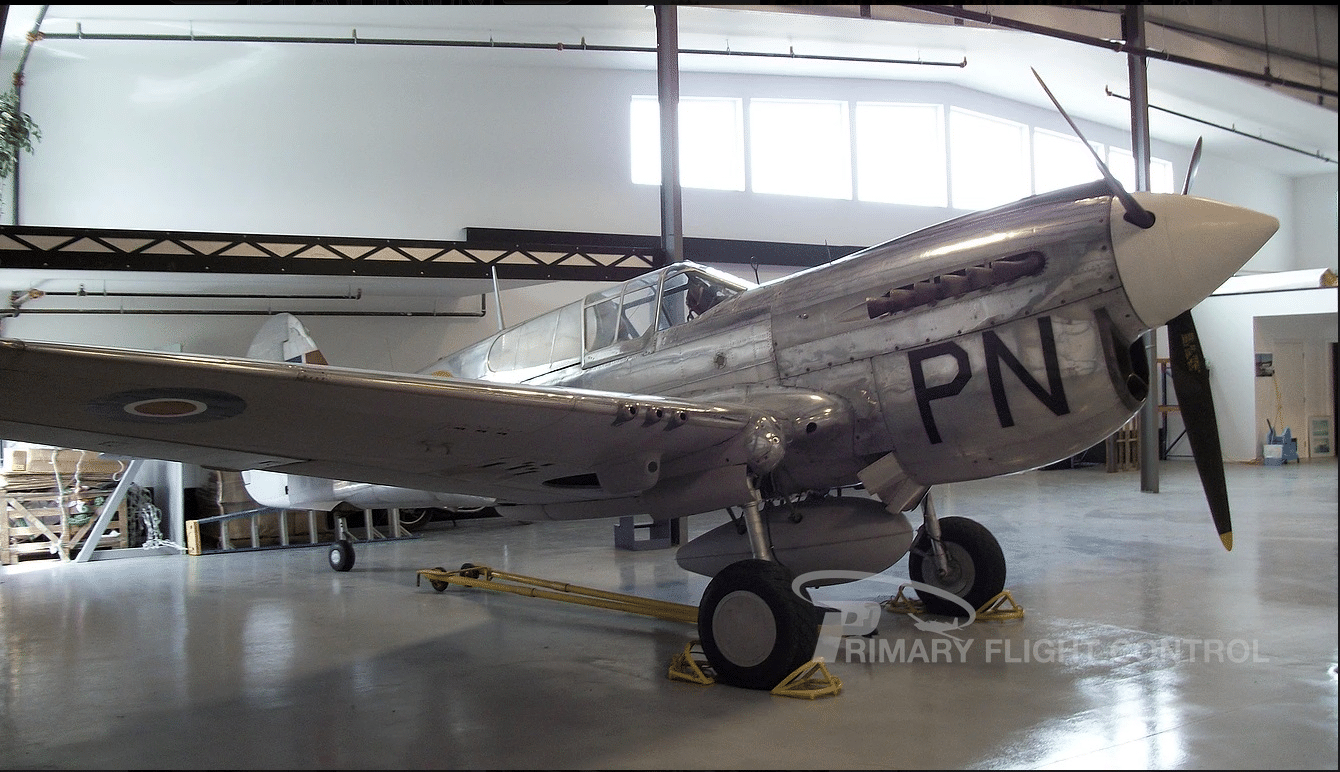 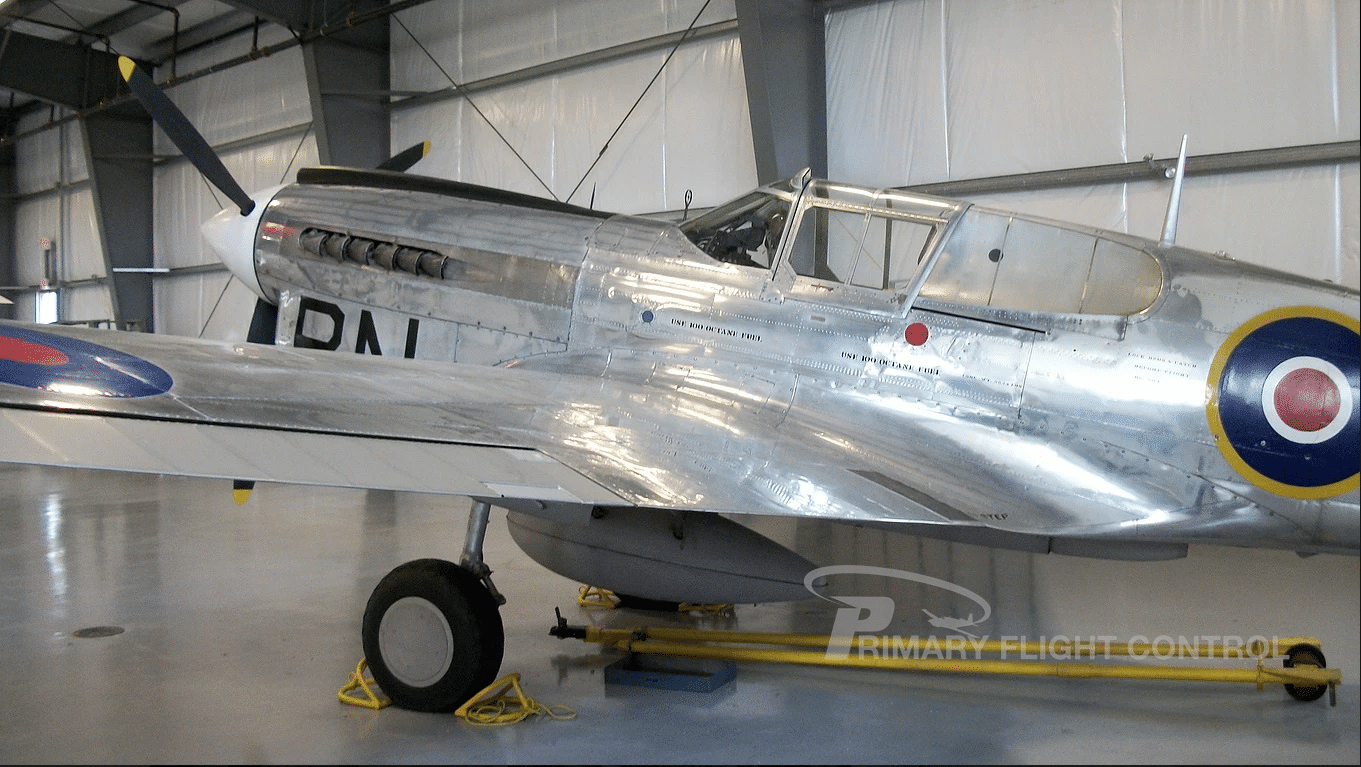 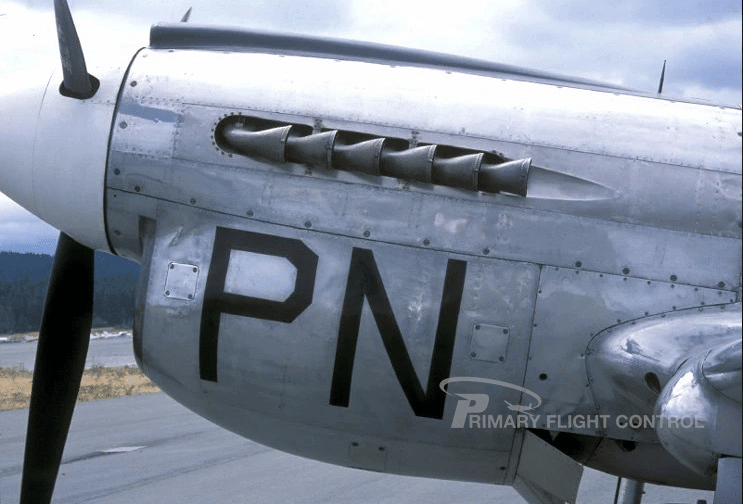 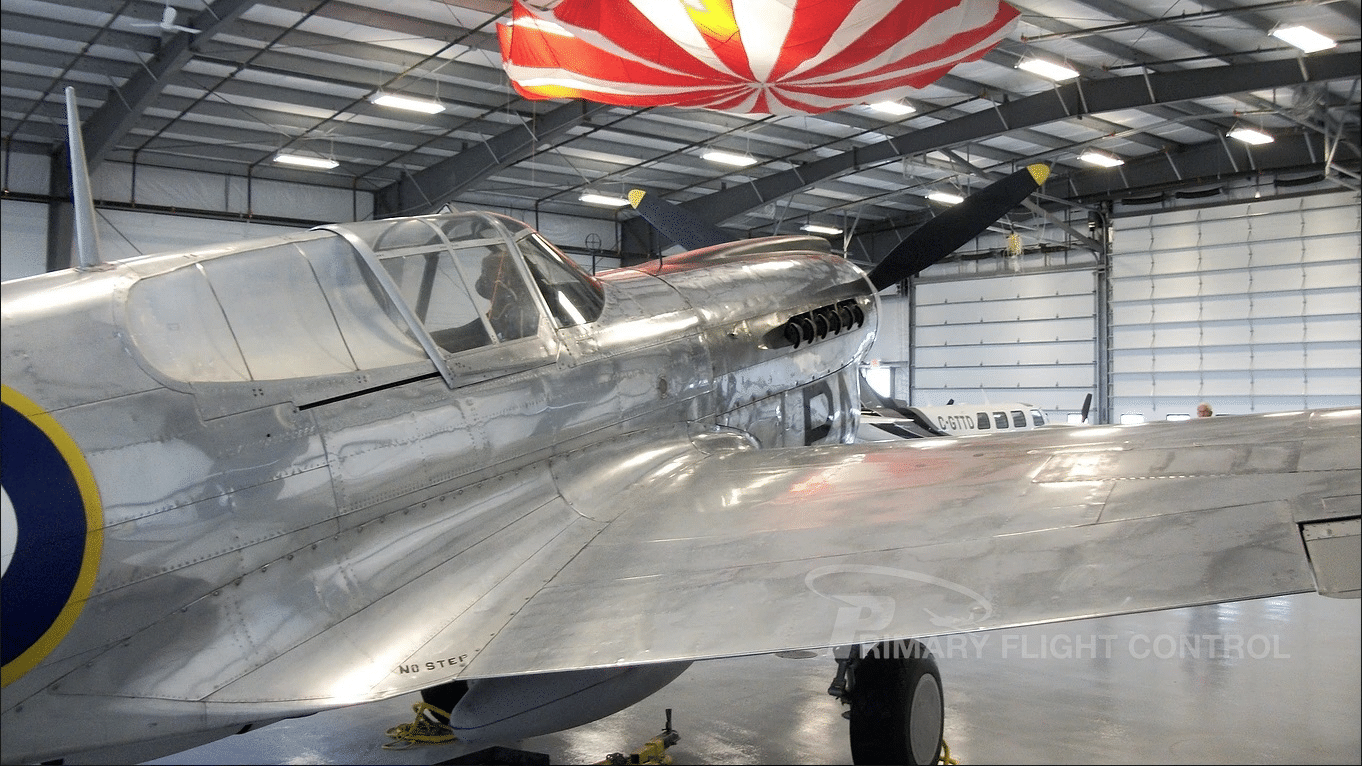 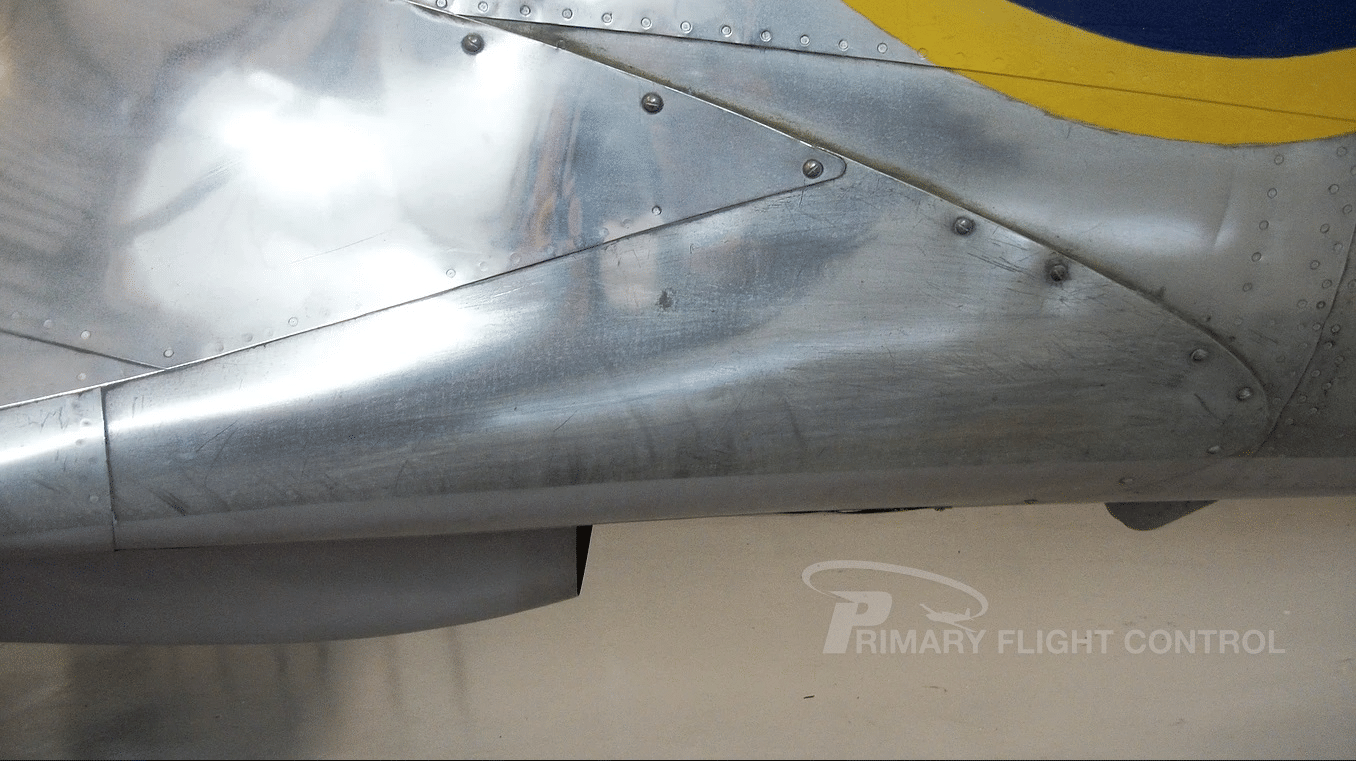 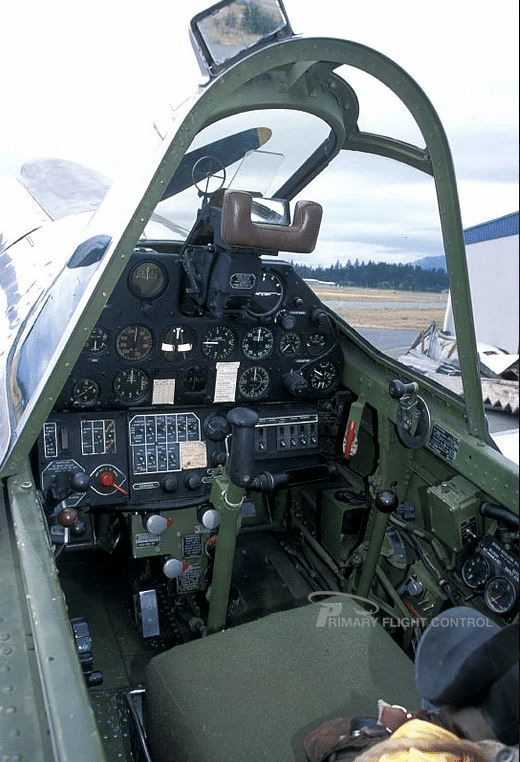 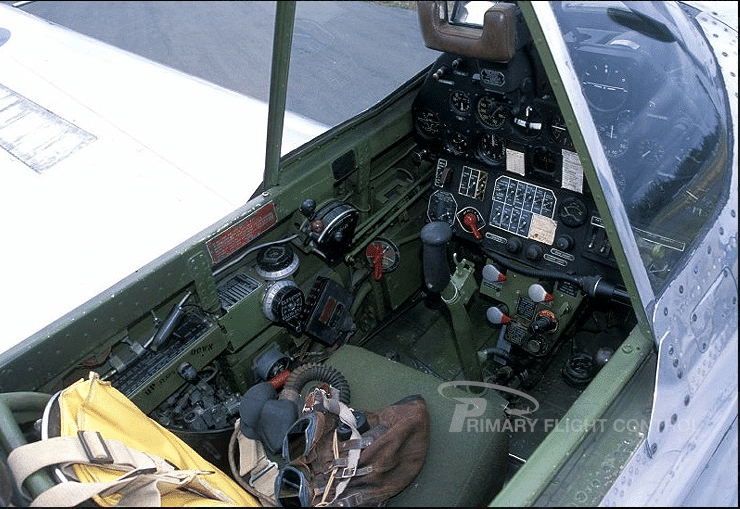 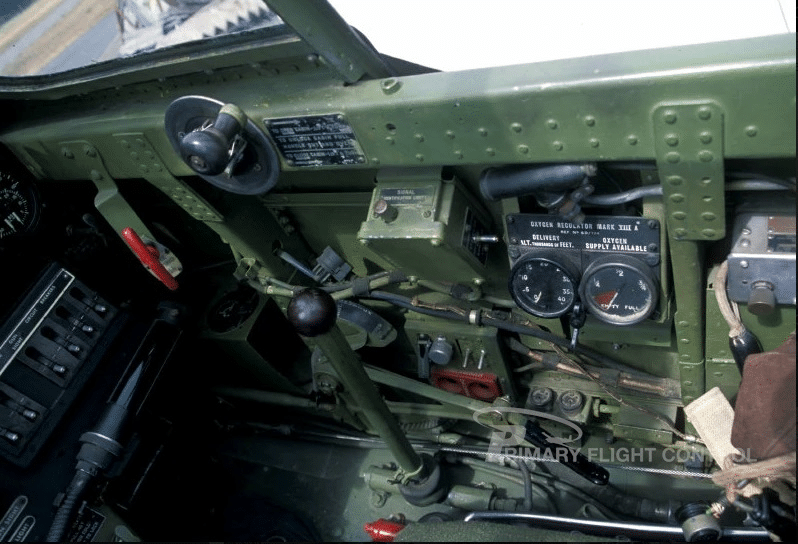 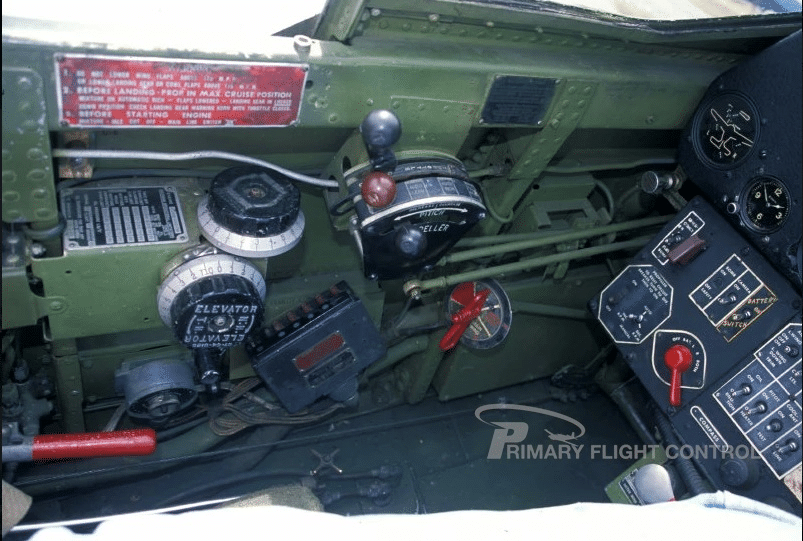 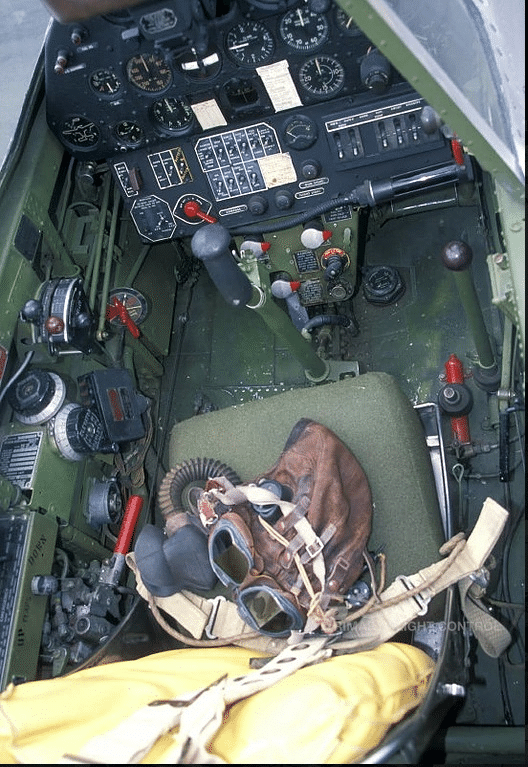 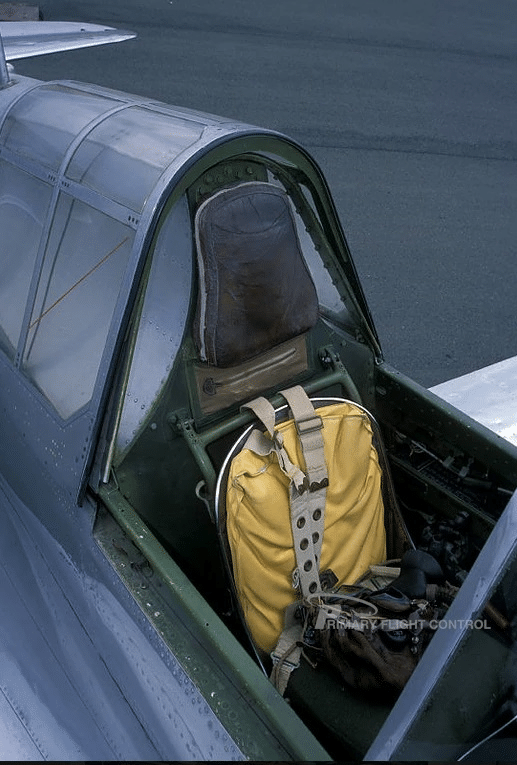 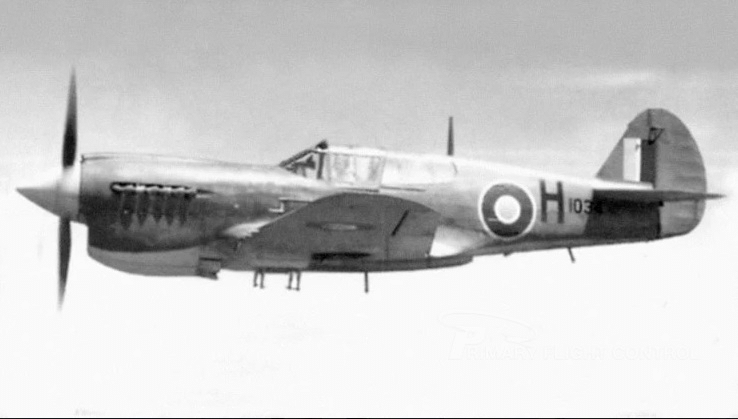 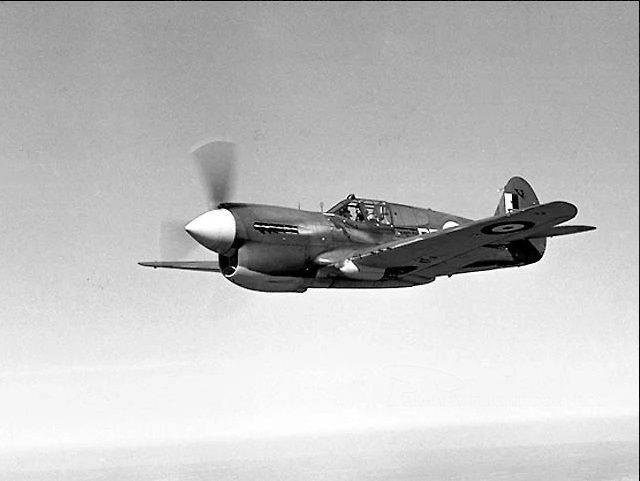 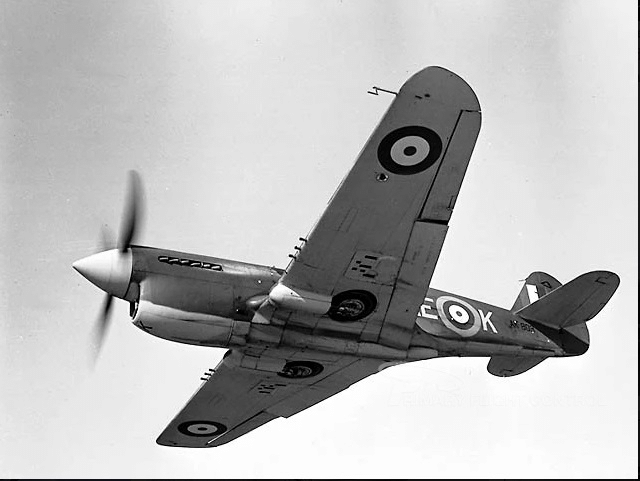 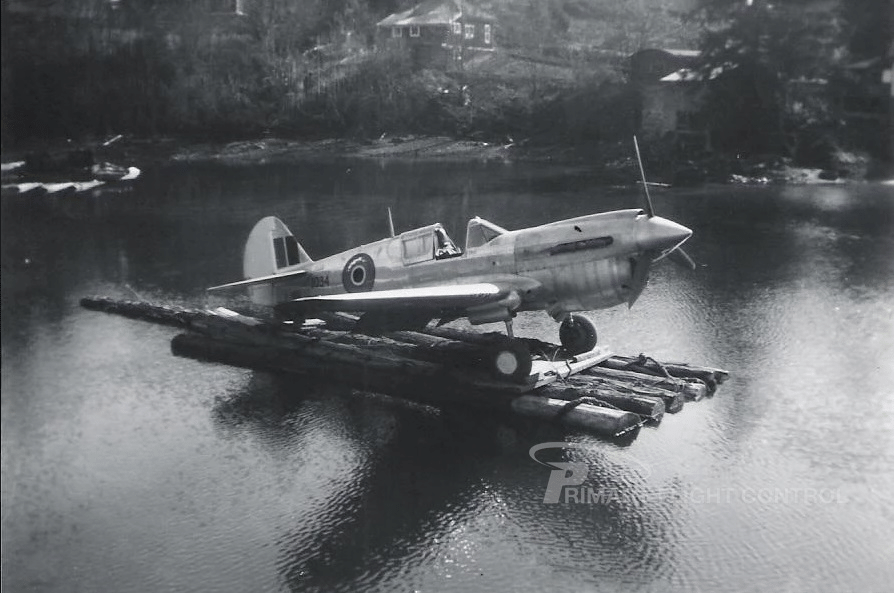 VREF is the exclusive provider of Valuations, and Appraisals for PFC.

S/N AK803, 1941 Curtiss P-40E. Price:$1,575,000. Airframe: 569.20 TTSN. 3.30 Hrs. Since military overhaul on new engine installed 1946. Engine: Allison V-1710-73, Serial No 19653. Propeller: Curtiss Electric. History: P-40E AK803 was invoiced to the RAF on October 2nd, 1941. AK803 was accepted by the RAF on 8th Oct 1941, and was delivered on the 15th Oct 1941 in fly away condition. The cost of AK803 was US $36,347.00. 1941: A production order that was intended for the RAF was diverted to the RCAF, on October 16th, 1941, AK803 was the fifth P-40 of 156 to land in Canada. Initially posted to the RCAF Station in Dartmouth Nova Scotia. AK803 was utilized in anti submarine patrols. In June 1942 AK803 and 16 other 118 Squadron Kittyhawks made a record breaking 4,000 mile crossing from Dartmouth to Annette Island, Alaska. 1942: AK803 is located at Annette Island, Alaska. Upon take-off, as the P-40 roared down the rough runway a wheel hit a rough spot and the gear collapsed. Later in 1942 the minor damage caused to the P-40 was repaired and AK803's British Serial Number was dropped and AK803 became 1034. After its repair it was posted to Boundary Bay, south of Vancouver, British Columbia. The P-40 was used for fighter affiliation work with Liberators and Mitchells stationed in the Vancouver Area. From Vancouver, AK803 made a short flight to Patricia Bay/ Victoria International Airport on Vancouver Island, a Squadron change to 133 RCAF was issued. Upon landing on the runway the landing gear gave way, and the P-40 ended up on its belly. Soon after the P-40 was barged to Coates Limited on Sea Island (now Vancouver International Airport) across the Strait of Georgia for repair and camouflage removal. 1034 was stripped of war paint, polished and sent on a War Bond drive to sit, shining in the sun at Brockton Point Oval in Vancouver. Later the P-40 was ferried back to Patricia Bay where it was stored in bare metal condition until declared surplus in August 1946. 1946: George Maude, who grew up on Saltspring Island joined the RCAF in 1943. He was posted to Patricia Bay and had a fond interest in aircraft. After the war ended the RCAF held a surplus sale and 1034 came up for auction. George Maude paid $50 for the Kittyhawk. Later that same year, Maude, along with some help from a friend by the name of Pete Stevens, towed the Kittyhawk , on a raft of logs, from Patricia Bay, to Saltspring Island, BC. Upon reaching Saltspring the wings had to be cut off to clear the telephone poles that lined the street leading to the Maude Family house. The aircraft remained on Saltspring for 28 years and was frequently started up. The P-40 was a well known tourist attraction on the Island. 1974: The P-40, with the tail wheel placed in a wooden box in the back of a pickup truck boarded the Saltspring Queen, a local BC Ferry, and headed back to Patricia Bay, where a full wing change took place. The wing change took place first by removing the old cut up wings and there after replaced with a pair that George Maude had found in Champion, Alberta, in 1963, To the present day the Kittyhawk is credited as being one of the most original P-40s in existence, with the exception of the six 50 inch caliber machine-guns. Since the restoration George Maude, and son David Maude have collected many spare parts, including a long-range belly fuel tank and the radios. ​SPECIFICATIONS SUBJECT TO VERIFICATION UPON INSPECTION

Your message has been sent.

This map is not to be used for flight planning or navigational purposes. 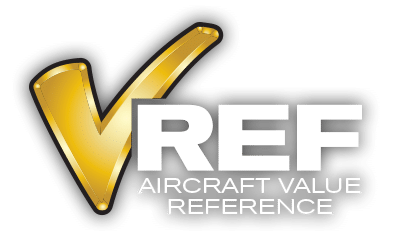 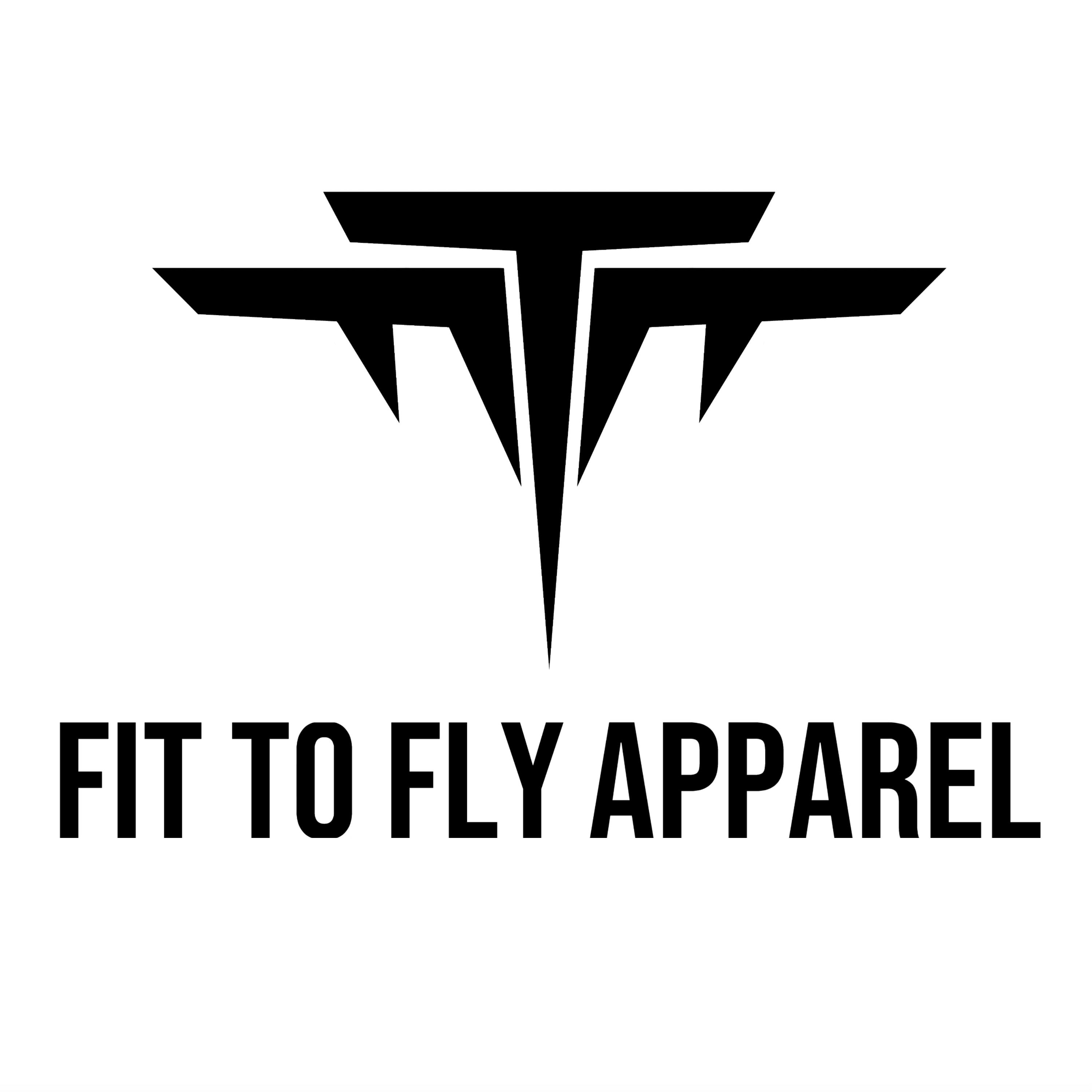